Countering Holocaust distortion is all our responsibility. 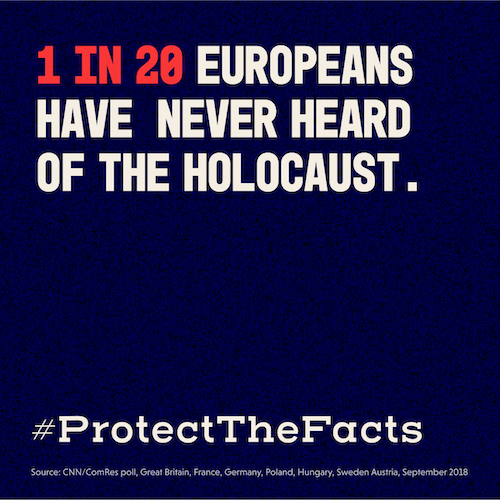 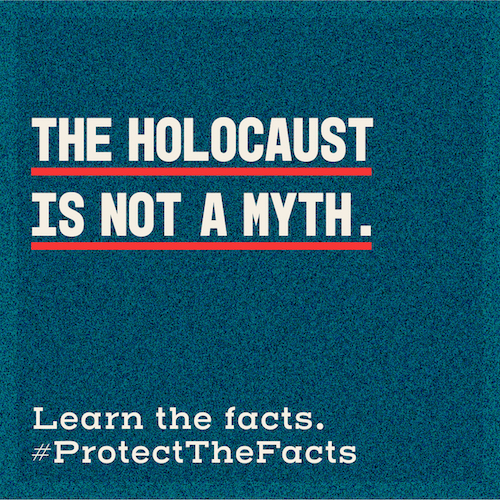 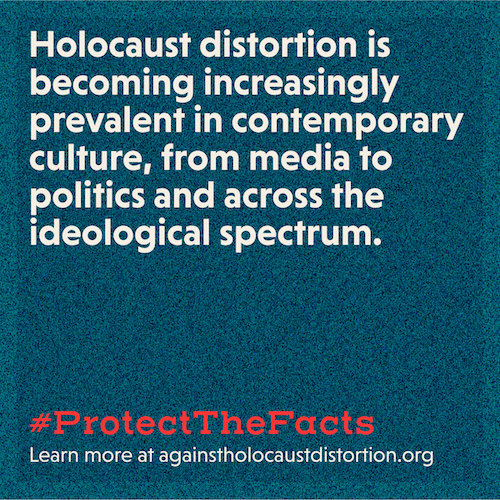 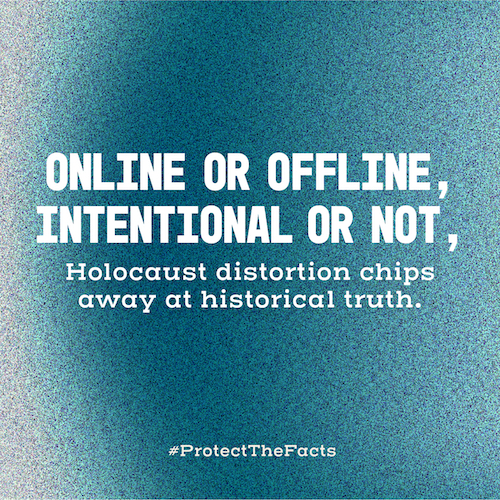 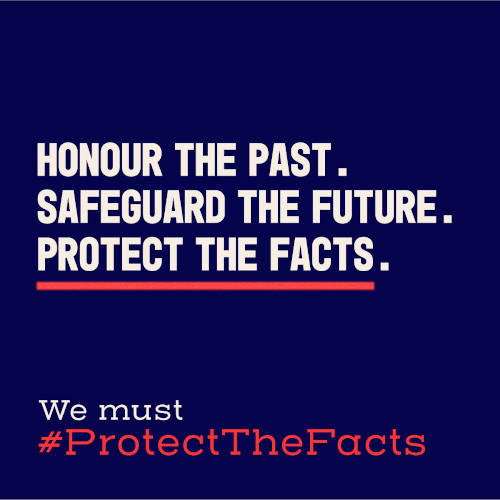 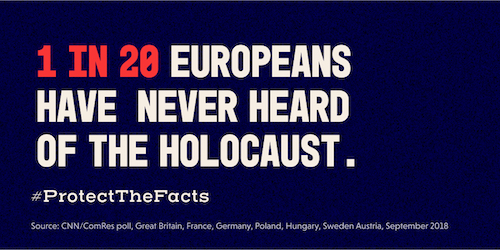 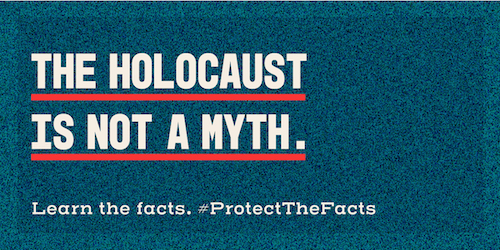 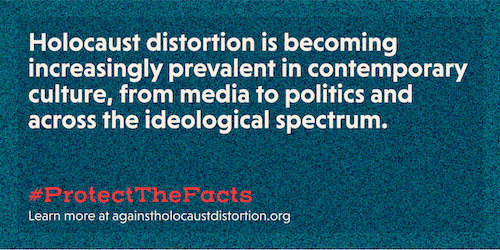 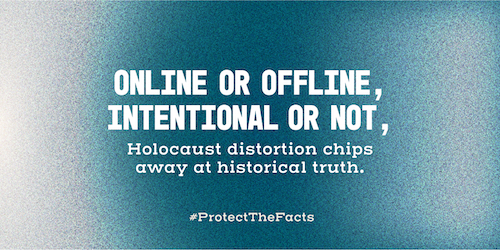 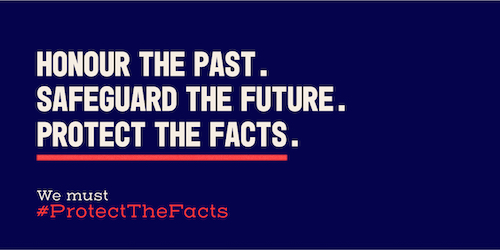 Honouring the past.
Safeguarding the future.

Over 75 years after the end of the Second World War, Holocaust memory is under threat.

Holocaust distortion is on the rise and is eroding our understanding of historical truth.

Holocaust distortion benefits from a general lack of awareness. Help spread the message about this urgent problem and encourage others to #ProtectTheFacts

At its simplest level, Holocaust distortion is rhetoric, written work, or other media that excuse, minimise, or misrepresent the known historical record of the Holocaust.

Intentional efforts to excuse or minimise the impact of the Holocaust or its principal elements, including collaborators and allies of Nazi Germany.

Gross minimisation of the number of victims of the Holocaust in contradiction to reliable sources.

Attempts to blame the Jews for causing their own genocide.

Statements that cast the Holocaust as a positive historical event suggesting that it did not go far enough in accomplishing its goal of “the Final Solution of the Jewish Question.”

Attempts to blur the responsibility for Nazi Germany’s establishment of concentration and death camps by blaming other nations or ethnic groups.

Accusing Jews of “using” the Holocaust for some manner of gain.

Use of the term “Holocaust” to reference events or concepts that are not related in any meaningful way to the genocide of European and North African Jewry by Nazi Germany and its accomplices between 1941 and 1945.

State-sponsored manipulation of Holocaust history in order to sow political discord within or outside a nation’s borders.

Trivialising or honouring the historical legacies of persons or organisations that were complicit in the crimes of the Holocaust.

The use of imagery and language associated with the Holocaust for political, ideological, or commercial purposes unrelated to this history in online and offline forums.

When the Holocaust is relativised or distorted, antisemitism doesn’t seem as outrageous anymore.

When left unchallenged, Holocaust distortion allows antisemitism to inch towards the mainstream. History has taught us what can happen when antisemitism is normalised.

To safeguard the future, we must protect the facts. When the facts of the Holocaust are respected, their distortion cannot thrive.

Learn more about the facts of the Holocaust.

What was the Holocaust?

The Holocaust was the attempt by Nazi Germany and its collaborators to murder the Jews of Europe. During the six years of World War II, systematic, bureaucratic, state-sponsored and government-organised persecution and oppression resulted in the deaths of six million European Jews from across the continent. Learn more.

The Holocaust is the most well-documented event in history.

Despite this, Holocaust denial and distortion are on the rise.

Distortion is an urgent and growing issue. But it is not insurmountable.

Holocaust distortion can be found in all corners of society, from the media to politics and across the ideological spectrum. Countering it requires all of us to act.

Defeat distortion. Learn about the Holocaust

About Protect the Facts

Holocaust distortion doesn’t stop at national borders, nor is it found only in one language. International cooperation is essential to countering it.

Protect the Facts is an international initiative of the European Commission, the International Holocaust Remembrance Alliance (IHRA), the United Nations, and UNESCO, who have joined forces to raise awareness of Holocaust distortion – both how to recognise it and how to counter it.

“Memory has its own language, its own texture, its own secret melody, its own archaeology, and its own limitations; it too can be wounded, stolen, and shamed; but it is up to us to rescue it and save it from becoming cheap, banal, and sterile. To remember means to lend an ethical dimension to all endeavors and aspirations.”